Comedian Bharti Singh is all praise for friend and colleague Kapil Sharma. She said that she is happy about his return to TV as his show helps many people run their households. In a recent interview, while talking about Kapil Sharma, Bharti Singh said that every person goes through a dull phase or tough times, but she is glad that he bounced back with full force. She said that his comeback was much needed. She also said that people have bought big cars, houses by doing shows with him. 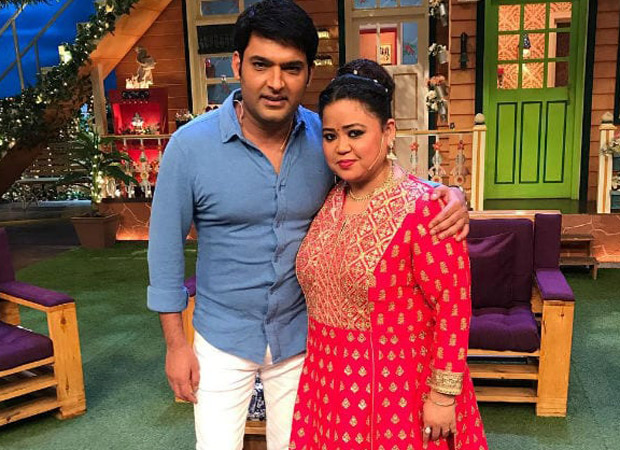 Kapil Sharma got married to his childhood sweetheart Ginni in December 2018. The couple is currently expecting their first baby. Talking about his marriage, Bharti said that he has changed a lot after marriage. She said that Kapil used to party a lot earlier, but he has stopped doing it after getting married.

Bharti also revealed that Kapil has stopped drinking, smoking and eats home-cooked food. The comedian wraps up shoot by max 10-10:30 pm and heads straight home to spend time with his wife Ginni.

Also Read: Sonam Kapoor complimented Kapil Sharma on losing weight and here’s how he reacted to it