Ayushmann Khurrana is currently on a promotional spree for his upcoming film, Dream Girl with Nushrat Bharucha. Yet again, Ayushmann has surprised his fans with his role as Pooja, an adult phone entertainer. Being one of the most versatile actors in the industry, Ayushmann has had the opportunity to work in different roles almost every single time. During one of his media interactions, Ayushmann recalled how he accidentally first met the veteran actor, Jeetendra. 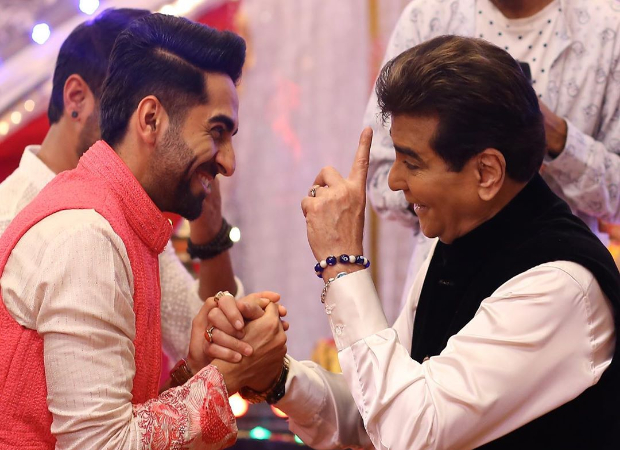 Ayushmann said, “I met him at one of the events where they were felicitating the Punjabis, and we both incidentally have the same car. So, while leaving, my car was upfront and he accidentally thought it was his. It left me confused as to how he ended up in my car, he was about to leave when I asked if I could drive him home. He readily agreed and we talked about a lot of things on the way. He gave me one of the most important advice I have received. He told me to always choose a good script. So if the script is good, your performance will look also be good and vice versa.”

During the promotions, he appeared as a guest on one of Ekta’s television shows and had the opportunity to shake a leg with the legendary actor on his hook step. Ekta posted the video on her Instagram, take a look at it.

Dream Girl is slated to release on September 13 and is one of the most anticipated films of Ayushmann.