Ever since the Eid release Inshallah got shelved, Salman Khan fans have been quite distraught. And not just them but even trade and industry have been wondering what the superstar will come up with after exiting from the Sanjay Leela Bhansali directorial. Salman had assured from the time Inshallah got stalled that he’s definitely coming up with a film on Eid next year. But with Eid being just 8 months away, fans were concerned whether their favourite actor would miss his traditionally favourite release period. 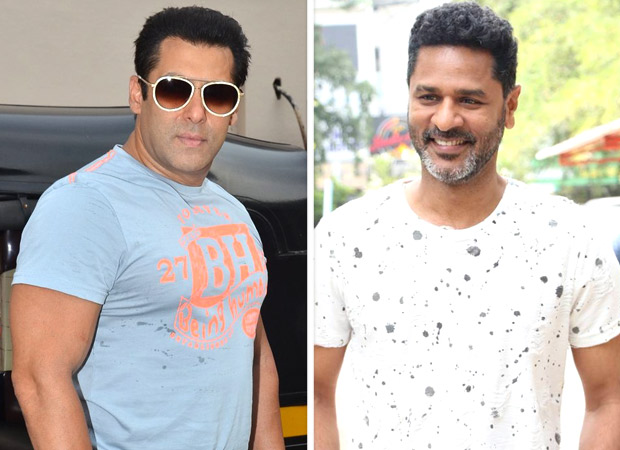 However, the good news is that Salman is very much on track as far as his film on the holy festival is concerned. There have been reports that he has signed a film called Radhe. And that’s true. A source close to the film spills the beans, “Radhe is indeed Salman Khan’s next after Dabangg 3 and it’ll release on Eid 2020. Dabangg 3 releases on December 20, 2019 and Salman will shoot few portions of Radhe before the former’s release. It is directed by Prabhudheva, who incidentally, is also helming Dabangg 3. He’s in a race against time and simultaneously handling the shoot and post production of Dabangg 3 along with the pre-production of Radhe.”

When further prodded, the source says, “Radhe is an official adaptation of a Korean film. And no, it’s not a remake of the 2015 flick Veteran. The producers have been very secretive about the name of the Korean movie whose rights have been bought by them. They, along with Prabhudheva and Salman Khan, are currently giving final touches to the script.”

Salman Khan has played a character called Radhe twice, once in Satish Kaushik’s 2003 love saga Tere Naam and once in his 2009 super-hit flick, Wanted. The source adds, “Just like Prem, Radhe is another of his popular screen-name. Though the part of Radhe in the Eid release is very different from his part in Tere Naam and Wanted, some of the personality traits of his characters in both the films have been retained in Radhe. We assure you that Salman Khan fans would be in for a treat as his character is totally massy, bindaas and entertaining!”

The official announcement for Radhe is expected anytime by the producers. As for Sanjay Leela Bhansali, he’s working with the other actor of Inshallah, Alia Bhatt, called Gangubai, based on a real-life respected pimp in Mumbai’s red light area. This film too will be announced formally by him soon and just like Radhe, will be out in 2020.

Also Read: BIGG BOSS 13: Salman Khan reveals why this season is different from the previous ones