The biggest development that happened this year in Bollywood was the shelving of the much awaited film, Inshallah. The project became big news ever since it was launched in February this year. After all, it brought back blockbuster director Sanjay Leela Bhansali and superstar Salman Khan together after a hiatus. However, last month, industry and fans were left shocked as both had a fall out over creative disagreements. The film was hence stalled. Inshallah was scheduled to release on Eid 2020 and Salman quickly assured fans that he would indeed come up with a film on the festival next year. The focus then shifted to speculations about the superstar’s next project. Away from the limelight, Sanjay Leela Bhansali also began to work in putting together his alternative project. In just a month’s time, he has managed to do so and the film is none other than a cinematic adaptation of the life of Gangubai Kothewali. 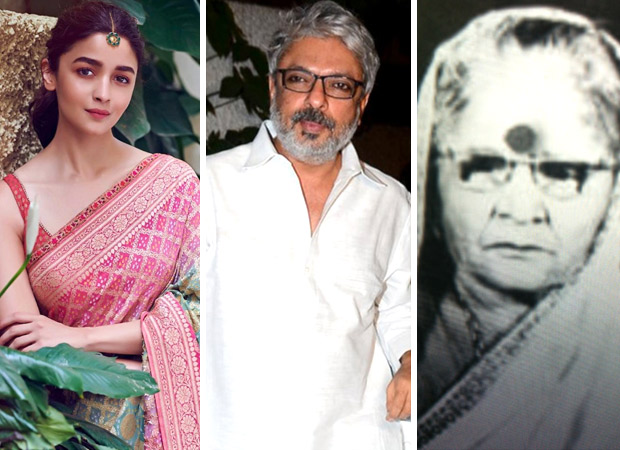 A source close to the project says, “Many felt the news of SLB making a film on Gangubai’s life are speculative. But he’s indeed working on the project. It is based on a chapter from famous crime writer S Hussain Zaidi’s book ‘Mafia Queens Of Mumbai’. Sanjay Leela Bhansali had worked on the script long time ago but he kept it on the backburner as he got busy with Inshallah. Now with Inshallah being shelved, he decided to go ahead with the Gangubai film.”

The reports of Alia Bhatt being cast for the lead are also correct. The source adds, “Sanjay Leela Bhansali has the dates of Alia as she was the female lead in Inshallah. Hence, he decided to cast her for Gangubai. Also, he feels that the role suits her to the T. Gangubai was a powerful woman who ran multiple brothels across Mumbai and SLB feels he can take the challenge and extract a convincing and fine performance from the young actress.”

When asked when the film will go on floors and other related details, the source states, “Right now, Sanjay Leela Bhansali is working dedicatedly on the pre-production, music and in giving final touches to the script. Alia has also got the brief and she too is putting all the effort in understanding the part. Bhansali wants to formally announce the project but he’s waiting for the shraddh period to end and it’s considered to be an inauspicious time. Once the said period ends on September 28, a grand announcement will be made. The film will go on floors in mid-October and shooting is expected to end by February.”

Regarding the release date, the source says and signs off, “Nothing has been decided as yet. Maybe, SLB will reveal the release date when he launches the film officially.”

Gangubai Kothewali, also called the Madam of Mumbai’s red-light district Kamathipura, was forced into prostitution at an early age. She then became an influential pimp and has notorious gangsters as clients. She was so popular that her posters used to be found on the walls of Kamathipura. She even met Prime Minister Jawaharlal Nehru to discuss the plights of the sex workers. Nehru was said to be quite impressed with her wit and clarity of thought.

Gangubai is not the only story from ‘Mafia Queens Of Mumbai’ that has caught the attention of Bollywood. Earlier, Vishal Bhardwaj was to make a film on Sapna Didi, who tried to assassinate Dawood Ibrahim. The film had an enviable star cast of Deepika Padukone and Irrfan Khan but the film got shelved.