One of the USPs of the Dabangg franchise is the song Tere mast mast do nain and its follow-up ‘Tere Naina Bade Dagabaaz’ in the sequel, both sung by Pakistan’s much-respected Ustad Rahat Fateh Ali Khan. But now with relations between India and Pakistan deteriorating rapidly and seeping down to cultural exchanges as well, the Dabangg producers Salman Khan and Arbaaz Khan and the song’s composers Sajid-Wajid have no choice but to replace the original Pakistani voice. 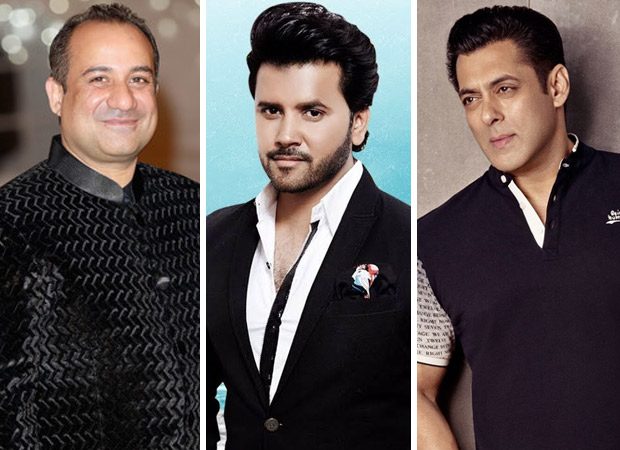 Speaking exclusively to this writer Wajid (one-half of the composers Sajid-Wajid) reveals, “Yes we replaced Ustad Rahat Fateh Ali Khan’s voice with Javed Ali.” Javed who has sung some big chartbusters in recent times like ‘Kajra Re’ (Bunty Aur Babli), ‘Nagada’ (Jab We Met) and ‘Galat Baat Hai’ (Main Tera Hero) was seen as a natural replacement for the formidable original. Says composer Wajid, “This decision was unanimous. When it comes to the country, nothing else matters. We would be willing to sacrifice even our lives to protect our country. How does sacrificing a singer matter? And we don’t even see it a sacrifice.”

Wajid wants to make it clear that this move to remove Rahat Fateh Ali Khan is not to be taken personally. “We have the highest regard for him. He is an enormously talented singer. Many of his fans regard his song in Dabangg and Dabangg 2 to be the best he has sung in India. And we’re proud of those songs. Lekin ab kya Karen? Halaat hi kuch aise gaye ho donon mulk ke beech. We respect individual talent from every part of the world. Bollywood welcomes talent from all over the world. In fact we are often hospitable at the cost of our own talent. But now things have changed. We have to shut all doors and windows between the two countries. We can’t exempt cultural exchanges from the ban on Pakistan.”

Wajid says Javed Ali has done full justice to the song in Dabangg 3. “Javed is a great voice. We don’t need talent from anywhere else. We have the some of the greatest talent here.”