Shah Rukh Khan is undeniably one of the most influential social activists in the nation and with this, NGO Meer Foundation has consistently contributed to the betterment and upliftment of the society. On International Women’s Day this year in March 2019, Meer Foundation launched a key holistic initiative for Acid attack survivors titled 'ToGETher Transformed', which sponsored corrective surgeries for fifty burns and acid attack survivors. The whole month of March was dedicated to organizing these surgeries which were performed across patients from Delhi, UP, Bihar, West Bengal, Jharkhand, and Uttarakhand, with an 85% population of women and children availed the facilities of the initiative. 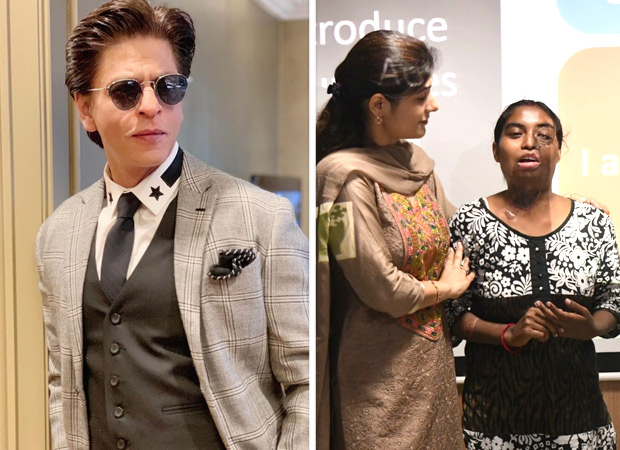 This September, the next leg of the activity under the 'ToGETher Transformed' initiative will see Meer Foundation collaborate with Department of Mental Health and Behavioural Sciences, Fortis Healthcare to support survivors of acid attacks with post-operative therapy organized at a camp held at Fortis Hospital Kidney Institute, Kolkata ‪on September 6thbetween ‪12 noon to 4 pm. Sharing his thoughts on Meer Foundation's initiative, Venky Mysore, Director, Meer Foundation, said, “The ‘ToGETher Transformed’ initiative by Meer foundation was launched keeping in mind the need for a holistic healing approach that we aim to provide for acid attack survivors in the country. Our collaboration with the Department of Mental Health and Behavioural Sciences, Fortis Healthcare is a step further in the same direction and we are proud to associate with them in providing one of the most crucial parts of the healing process that is post-operative therapy. All the activities under the ‘ToGETher Transformed’ umbrella will aim to ‘enable, enhance, encourage and empower women by making them feel appreciated and inspired”.

The first post-operative therapy camp that kick-started in Kolkata saw group therapy sessions were provided to the acid attack survivors which would lead to one on one sessions as a means for effective and long term support. The camp in Kolkata saw 14 survivors come in from various districts and being a part of the therapy sessions, some of whom had undergone surgeries that took place on March 2019 under the 'ToGETher Transformed' initiative.

Recently, on the occasion of Father's Day this year, Shah Rukh Khan, launched the website for Meer foundation, as the foundation has been named after his father Meer Taj Mohammed Khan. ‪Meerfoundation.org is powered by information, promising to strengthen women across the country. The foundation has also penetrated in helping acid attack victims along with sponsoring treatment and surgeries for women and children at several hospitals across the country earlier. In addition, Meer Foundation has also helped organize health camps, donate wheelchairs to para-athletes, events for disadvantaged women and children, and donated a generous amount to the victims of the Kerala floods.