Sonakshi Sinha is currently busy shooting for the third installment of Dabangg with Salman Khan. The actress, who made her debut in Dabangg as Rajjo, is reprising her role as Salman's wife. While she is gearing up for December release, the actress recalled about how it all panned out for her. Recalling her debut, she recently said that everything happened so fast that it felt like she was living a dream even though she had never dreamt of becoming an actor. She said that destiny and Salman Khan had a big hand in this journey. 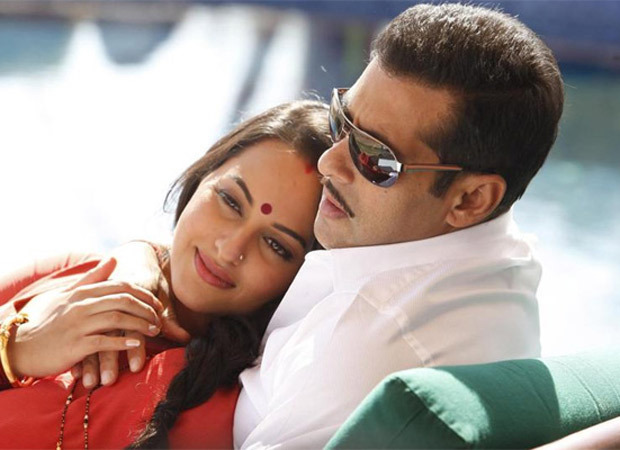 Sonakshi Sinha further said that once director Abhinav Kashyap, co-writer Dilip Shukla, and Arbaaz Khan visited her to narrate the script. Her parents Shatrughan Sinha and Poonam Sinha were completely impressed with the story. After the narration, everyone was smiling and shaking hands. She quipped that it felt like an arranged marriage where a match was fixed without even telling the girl.

She was 20 back then and a year and a half later, she began shooting with an emotional scene. It was the scene after the bomb blast and in the hospital where she was supposed to cry. She took one step at a time and it played out well for her. She said that it was probably one take only and everyone was clapping for her and said that she was natural. She said that Salman had 'I told you so' smile.

Speaking of Dabangg 3, Sonakshi revealed that Salim Khan saw some rushes and called her home and sat her down and said that no one could have played the role like her. And that was the biggest compliment for her. Coming back to Salman Khan, said that he would make a sarcastic remark and she would have to read between the lines to understand the compliment.