Just a few weeks ago, Salman Khan had announced the film Radhe: Your Most Wanted Bhai and the film has already gone on floors. The film, directed by Prabhu Dheva will hit the screens on Eid 2020. On day one of the shoot, Salman Khan took to social media to share a picture with the cast which included Disha Patani, Randeep Hooda and Jackie Shroff. And now Tamil actor Bharath has joined the team of Radhe. 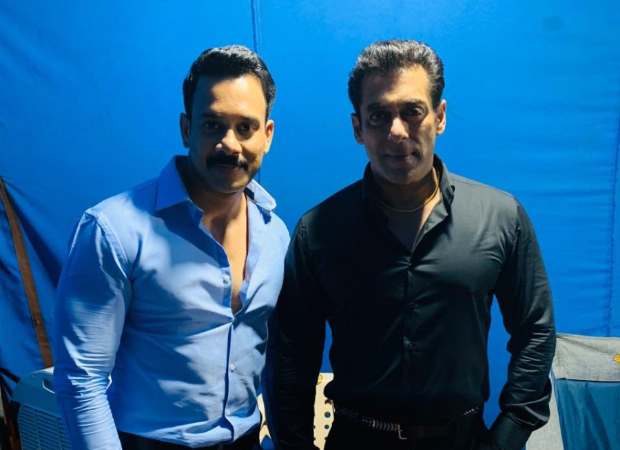 Actor Bharath made his debut in 2003 with Shankar's Boys. The 36-year-old actor made the announcement on social media. Sharing pictures with Salman Khan and Prabhu Dheva, Bharath has called it a "dream come true."

He tweeted, "Optimism is the faith that leads to achievement. Happy and blessed to be part of #Radhe ..A dream come true to act alongside the most wanted Bhai of Indian cinema. Heartfelt thanks and gratitude to Prabhu master. #radhee #eid2020". Reportedly, Bharath has been roped in to play one of the antagonists in the film.

A few days ago, Salman Khan shared a video of him making a grand entry into the sets of Radhe. Meanwhile, Salman Khan is also promoting his upcoming film Dabangg 3 which is also directed by Prabhu Dheva. The film also stars Kiccha Sudeep, Sonakshi Sinha, Saiee Manjrekar, Mahesh Manjrekar and Arbaaz Khan.

Also Read: “Thrilled to be working on such diverse roles”: Disha Patani on her upcoming films