Bollywood Hungama was the first to write about Akshay Kumar being in talks with producer Vashu Bhagnani, to discuss a project with him. The producer, who has given many blockbusters over more than two decades in the Bollywood film industry, had even offered Akshay a whopping remuneration of over 100 crore to act in his movie. Now we have it from confirmed sources that Akshay, Vashu and Nikkhil Advani have joined hands to come together in a movie directed by Lucknow Central (produced by Nikkhil again) director Ranjit Tiwari. 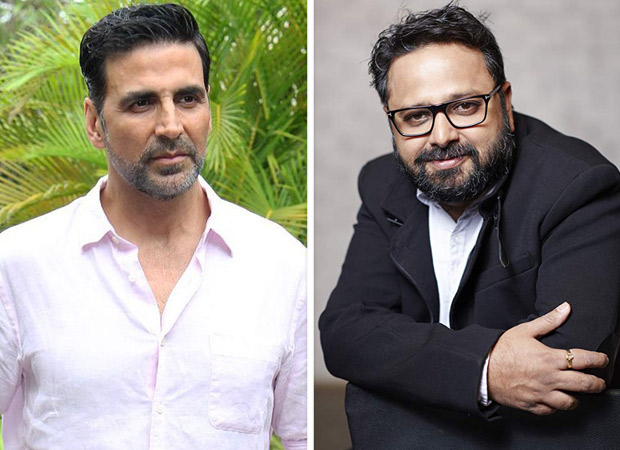 Akshay and Nikkhil come together after three years. Their last movie was Airlift (2016), directed by Raja Krishna Menon. A trade source says, “This movie will be a mix of all Akshay, Vashu and Nikkhil’s style of filmmaking – action, emotion and entertainment. Akshay’s next with Vashu and Nikkhil will also be hard-core, action drama which is said to be inspired from a real-life incident. Akshay is on a roll with his last releases including Mission Mangal and the latest blockbuster Housefull 4 so charging a whopping amount is fair considering his market value and box-office appeal. This film has him essaying a role which his fans love him the most - the protagonist on a mission. A large amount of the movie may be shot in London and it’s a big budget extravaganza shot in international locales.”

According to the source, “Akshay and Vashu have been in talks for quite some time to do a movie together while Nikkhil was looking for a good script for Akshay, post Airlift. Nikkhil, Akshay and Vashu coming together in one movie means the merging of three super brands - Nikkhil is also on a career high with his movies like Satyameva Jayate and Batla House doing excellent business at the box-office and his next Marjaavaan (starring Sidharth Malhotra and Tara Sutaria and directed by Milap Zaveri) is carrying very good reports. Nikkhil is also doing a movie with Arjun Kapoor and Rakulpreet Singh. He is also helming a web series called Bombay Dairies. Vashu Bhagnani brings with him the experience, knowledge and expertise of a producer who has been in the film industry for over 24 years. He is also producing the remake of Coolie No.1 which is carrying a good buzz in film trade so a combination of the three would mean sure-shot box-office success. Akshay is said to have given his nod to the movie after getting more than Rs. 100 crore for it, thus making him the highest paid star in Bollywood. They are also in talks with a few of Bollywood's top actresses to play the female lead opposite Akshay.”

Also Read: “Had butterflies in my stomach”: Nupur Sanon on shooting her debut music video with Akshay Kumar