Over the past few days, rumours have been rife that Deepika Padukone has dropped out from Luv Ranjan’s untitled rom-com, starring Ajay Devgn and Ranbir Kapoor and Shraddha Kapoor stepping into the senior actress’ shoes, where she would be seen romancing Ranbir Kapoor for the first time. It’s also said that Ajay Devgn has met Shraddha for discussions. But, in a very recent development, apparently, Shraddha is not doing Luv Ranjan’s movie as she has been approached by Chhichhore director Nitesh Tiwari for his ambitious 600-crore period saga, Ramayana, to play the role of Sita. Prabhas as Ravan and Hrithik Roshan as Ram are also in talks for the movie. 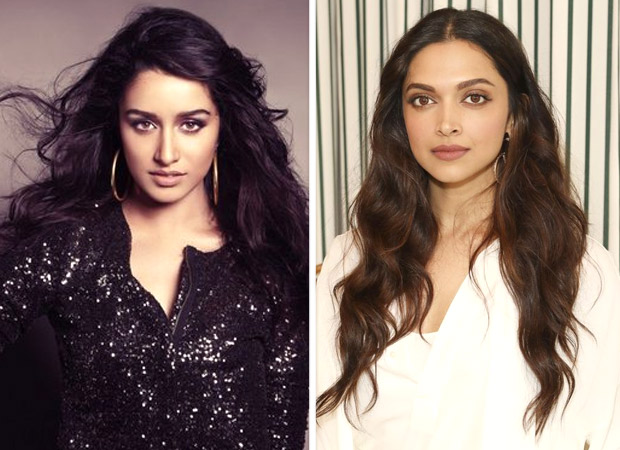 Deepika and Shraddha have always shared a warm and cordial relationship. After Deepika and Ranveer Singh’s wedding at Lake Como last year, his sister Ritika Bhavnani had thrown a private party for the couple at The Grand Hyatt, Mumbai. Shraddha Kapoor was the only Bollywood star (apart from Deepika and Ranveer) who had attended the party with her good friend Rohan Shreshta as the ace photographer is a close friend of Ranveer.

Says a trade source, “While there has been speculation that Deepika Padukone is playing the role of Sita, Nitesh is keen to cast Shraddha and approached her for the same. They have worked together in the recently released, Chhichhore and apart from the movie being a super hit, they share a great working rapport. It’s true that Shraddha was approached for Luv Ranjan’s next, as the female lead opposite Ranbir Kapoor and she was extremely excited as the offer came from the superhit filmmaker and she has never worked with Ranbir before. But she got the Ramayana offer and apparently, had to turn it down as those dates of both movies (shooting begins next year) were clashing. Ramayana won’t start till 2020 and she is also busy with her other movies (Street Dancer 3D and Baaghi 3) which will be complete before Nitesh’s movie begins.”

Interestingly, Bollywood has been afloat with talk of Deepika signing Ramayana to play Sita. The source adds, “Maybe there had been talks earlier but now Shraddha is definitely in talks for the role of Sita. If Shraddha signs Ramayana, it would also mean her choosing Hrithik over Ranbir (Luv Ranjan’s film) and she has not worked with the senior actor too, earlier. Shraddha is in a very exciting space now. Except Batti Gul Meter Chalu, she has had successive hits in Stree, Chhichhore and Saaho and has signed one of the hottest sequels of the year, Baaghi 3. Shraddha is being offered the best of roles and movies, but she is being choosy right now as she needs to sign what’s best for her. Earlier she was offered Thugs Of Hindostan by Aditya Chopra but it didn’t work out for various reasons. If Ramayana works out for her, it will also mean her first period drama.”

According to media reports, Nitesh Tiwari has said that his next movie (after Chhichhore) will be Ramayana which will be made as a trilogy. But no formal announcement has appeared regarding the film’s casting as apparently the project is still in the conceptual stages.

Also Read: Shraddha Kapoor opens up about battling anxiety, says she has embraced it