Hrithik Roshan and Tiger Shroff’s big-budget action entertainer is definitely going to be a visual extravaganza for cinema lovers! In a huge casting coup, director Siddharth Anand has roped in two of the biggest action superstars of our generation and pitted them against each other. Everything about War is about the scale and the perfect frame. From jaw-dropping action spectacles to the locations where it has been shot and to how Hrithik and Tiger are simply looking, every single detail of this film is breathtakingly beautiful. Audiences are currently gushing over Hrithik and Tiger’s look in the film and we spoke to the costume designer, celebrated stylist Anaita Shroff Adajania, to decode her plan of styling these two hottest hunks of Bollywood. 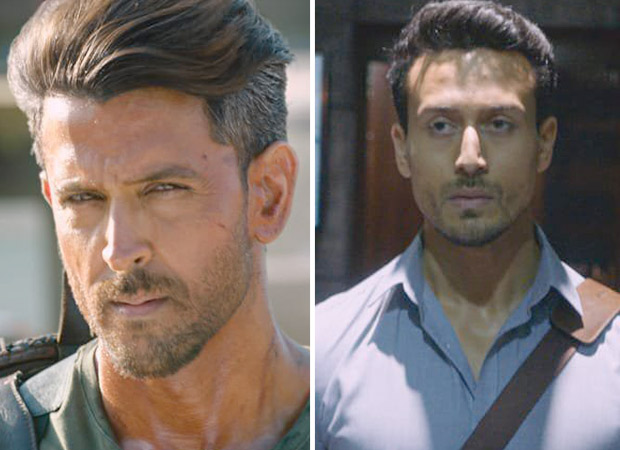 “The power of the film War for me, in terms of the costume, was about its characters. I felt they had to be very real and believable yet showing each of their characters to be true to who they are. Hrithik plays the mentor. He is very strong, powerful and comfortable in his own skin. He never needs to try so the styling for his character was very bare bone, raw, and masculine,” she says, adding, “Tiger’s character is more of the protege trying to learn. You see him in a younger light, very casual, again not trying at all and not even thinking about what he is wearing.”

When the teaser and trailer of this hugely anticipated film dropped, it instantly became a rage with audiences. Female audiences couldn’t stop gushing about how good Hrithik was looking. Anaita says, “This character allowed me to keep him very unkempt and not thought through because with Hrithik 'less is always more'. You just imagine him in a simple worn-out t-shirt or a shirt and he is like the hottest thing ever. Also, since there is a lot of action we wanted to make the clothes easy in terms of movement and so for Hrithik it was almost like going back to basics but then just giving it that little twist in whether the shirt had a little bit of unbuttoning or the kind of fabrics we used to make it a little sexier.”

Tiger too was swooned by them for his suave styling. She says, “With Tiger, it was very important to play it young cool. It was nice to show a naivety in the way he dresses whether he is layering. He is someone who layers a lot and it’s almost like he didn't think about it. He put on a ganjee and threw in whichever shirt was in front of him or a jacket that was lying on his chair in his room and that's the feeling I really wanted to come through with him.”

Produced by Yash Raj Films, the high-octane film that also stars Vaani Kapoor opposite Hrithik Roshan is set to release in Hindi, Tamil, and Telugu on the big National Holiday of Gandhi Jayanti, October 2.