Tanhaji: The Unsung Warrior – It’s going to be battle between Ajay Devgn and Saif Ali Khan

Ajay Devgn is gearing for the release of his next film, Tanhaji: The Unsung Warrior which marks his 100th film in the industry. The actor will essay the role of Tanaji Malusare, who fought alongside Chhatrapati Shivaji Maharaj. Saif Ali Khan will take over the role of antagonist Udaybhan Rathod, who fought against Tanaji during the Battle Of Sinhagad. 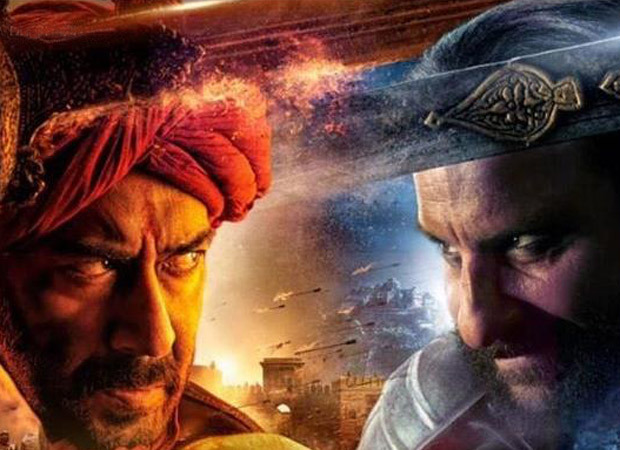 Director Om Raut said that Ajay Devgn was his first choice for the role. He started writing the film in 2015 and gave the narration to Ajay two years ago. He said that he was fascinated by the story since he was a child.

Om Raut also said that Ajay has the persona, eyes, and physic that exudes power. For the filmmaker, it was difficult to recreate the 17th century without any visual references but at the same true they had to stay true to the characters and mileau.

Saif Ali Khan and Ajay Devgn are all set to face off in the film. Om Raut further added that during the filming they realized that this was a battle royal between the two stars.

Kajol will be essaying the role of Savitri Bai, Tanaji Malusare's wife who stayed by his side through thick and thin. She will be playing a Maharashtrian role for the first time.

The epic battle will be released in 3D on 10th January 2020. Ajay Devgn starrer, Tanhaji – The Unsung Warrior is produced by Ajay Devgn’s ADF and Bhushan Kumar’s T-Series and is directed by Om Raut.