The promotional track ‘Pink Gulabi Sky’ of Shonali Bose's film The Sky is Pink was initially a part of the film. The peppy dance number features the lead cast- Priyanka Chopra Jonas, Farhan Akhtar, Zaira Wasim, and Rohit Saraf. Only after shooting the entire song, did the team decide to edit out the song from the film and use it as a promotional track. 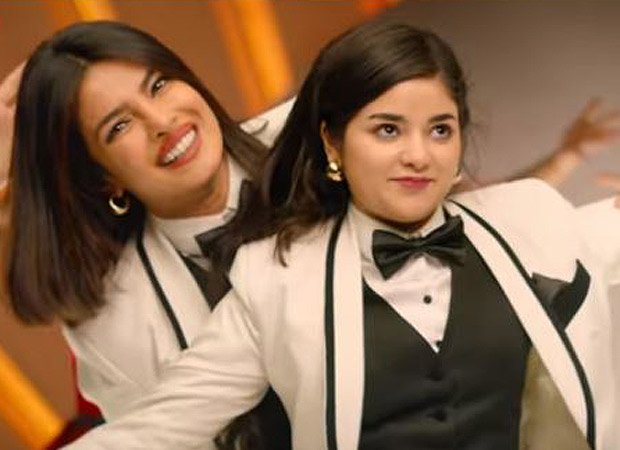 Shonali Bose, the director of the film while talking to a daily said that the producers felt that a big entertaining song was needed in the film. So, the team shot ‘Pink Gulabi Sky’ sung by Shashwat Singh and Jonita Gandhi. However, the team later felt that the song was disrupting the flow of the story and so it was edited out.

Shonali Bose prefers to keep her stories to the point without fancy songs. So, the director was surprised when the team was on the same page as her. She was happy that the makers wanted to protect her film and said that such a decision requires guts after having spent a lot of money on the song.

The Sky Is Pink is produced by RSVP and Roy Kapur Films, in association with S K Global and Purple Pebble Pictures. The film is written by Shonali Bose and Nilesh Maniyar and is slated to release on October 11.

Also Read: Priyanka Chopra draws parallel between the characters in The Sky Is Pink with those in her family