The recently released film on Netflix, Drive, seemed like an exciting venture when it was launched with lot of fanfare in 2017. It was backed by one of the leading producers of Bollywood, Karan Johar and was helmed by Dostana director Tarun Mansukhani. The pairing of Sushant Singh Rajput and Jacqueline Fernandez also added to the buzz. However, soon this hype began to slip as the film’s theatrical release got pushed on some pretext or the other. Finally, it released on the streaming platform on November 1 and was met with terrible reviews. But even before it was out on the streaming giant, it was clear the film is not upto the mark due to the incessant delays. And a direct release on Netflix added to the film’s harm. The moment Dharma Productions announced about the plan to get the film on Netflix, it became apparent that the film is not well made and hence the makers are not taking the risk of releasing it cinemas, which also adds to the budget. 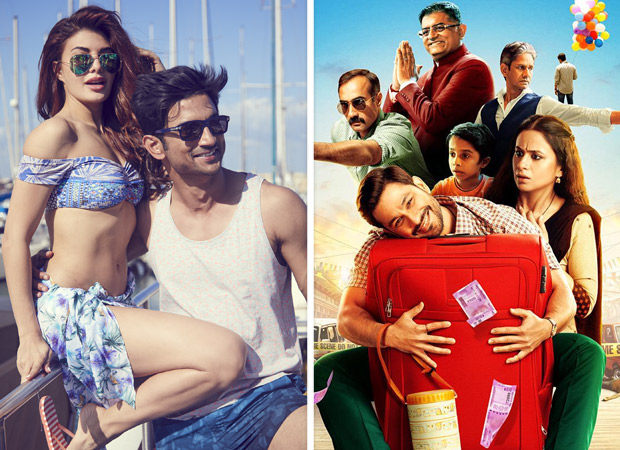 This phenomenon of films meant for theatrical release releasing directly on OTT platforms instead is already giving sleepless nights to the actors. One might argue that these platforms also stream web series featuring popular actors like Saif Ali Khan, Nawazuddin Siddiqui, R Madhavan etc. But that’s different since web series like Sacred Games, Breathe, Bard Of Blood, The Family Man etc were always meant to come directly online. It wasn’t like it was supposed to release in cinemas and that the makers then changed their mind. Hence, in that regard, these OTT portals can be quite lucrative. Even a mega star like Akshay Kumar is expected to soon come up with his Amazon Prime original. Also, blockbuster film director Ali Abbas Zafar is coming up with a web series, Tandav, starring Saif Ali Khan, which will be aired on Amazon Prime.

Coming back to Drive, sources say that Sushant Singh Rajput wasn’t happy with this development. He insisted on a theatrical release and tried his best to persuade them for it. But ultimately, Karan had to take a decision that was practical for him. Sushant was hurt and no wonder, that he never posted anything related to Drive on his Instagram handle. On Twitter, he merely retweeted three tweets of Tarun Mansukhani pertaining to the film. Jacqueline Fernandez, meanwhile, regularly shared updates of the film with her million plus followers.

Another source, who has seen the rise of OTT from the inside, says, “At the scripting stage, it becomes difficult for producers at times to know how the film will ultimately shape up. At times, they believe the script has potential and there are times when they refuse to see the reality and end up approving a bad script. It’s only when the see the final product do they realize that they have created a bad film that can entail losses. Earlier, a producer would have no choice but now, OTT platforms are giving them a chance to recover the costs.”

This source further adds, “The producer is relived that he didn’t make a loss, notwithstanding the immense trolling that he might receive, as it happened in the case of Drive. But in the process, the actors of that film can suffer. They sign a film with the hope that it’ll make it to cinemas. A direct OTT release harms the film and also their track record. Sushant, for instance, must have hoped that a film with Dharma Productions would add to his brand. And it was a given that the film will first release in theatres. Hence, he felt shortchanged but there’s nothing he can do about it.”

But going forward, actors will now be careful of this aspect. This source says, “From now on, most of the major and mid-level actors will add a ‘no digital release’ clause in their contracts when they want to do a film. It simply means that the producer will be legally bound to release the film in cinemas and not straightaway on Netflix or Amazon Prime, failing which the actor can sue the producer.” He also states, “The whole industry has observed what happened to Drive and don’t want to be in Sushant’s shoes. As a result, this clause will become commonplace in the days to come.” 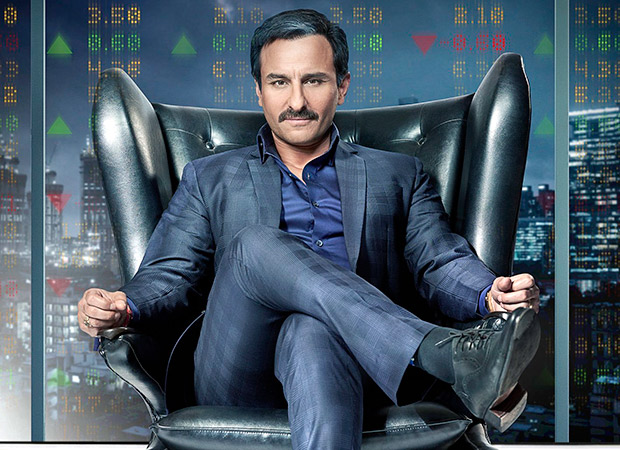 Another row happened last year with Saif Ali Khan whose film on stock market, Baazaar, almost made it to Netflix directly. “The producer Nikkhil Advani wasn’t finding a studio to back the film as Saif had given back-to-back flops. But the actor was dead against skipping a theatrical release. Fortunately for him, his web series Sacred Games, which incidentally streamed on Netflix, did very well and improved his track record. Viacom18 Motion Pictures then came on board and released the film,” says the source and further adds, “The perception in the industry was that Baazaar is not getting buyers and hence, it must be a pretty bad movie. However, all that changed once the trailer was unveiled. It indicated that the film can be quite an entertaining ride. Even at the box office, it wasn’t a huge hit but wasn’t a flop either.”

Not just actors, even directors can soon add this clause in their contracts. Another recent case is that of Lootcase, a comic caper starring Kunal Kemmu, Rasika Dugal, Ranvir Shorey, Vijay Raaz and Gajraj Rao. It is directed by Rajesh Krishnan whose Soda Films is a co-producing banner along with Fox Star Studios. The source says, “Fox was happy with the film but had doubts over its commercial prospects. Hence they took the decision to cancel its theatrical release, scheduled for October 11. Rajesh Krishnan however wasn’t happy with this decision and protested. He also had the right to do so since he was a co-producer as well. This was also a reason why Fox Star Studios management then announced that they’ll go back to their original decision of releasing the film in cinemas as the tussle was becoming too ugly.”

The source then opines, “Even for a director, it can be a harrowing experience if his film, which was to hit cinemas on the big screen, is instead seen by viewers on their laptops or mobile phones. Also, it can affect his remuneration for his next project. And for a director who already has few hits or important films under his belt, a direct-OTT release of his film can be humiliating. A ‘no digital release’ clause will prevent such a situation.”

But isn’t it impractical for an actor or director to expect a theatrical release when the situation warrants a release on digital platforms instead? The source says, “That’s debatable. The producer might argue that actors should put themselves in his shoes and only then they’ll understand why he’d go for a release on OTT. But even the actors and director make the same argument. To avoid such problems and most importantly, to avoid any bad blood, signing the said clause is the best solution.”