Ananya Panday opens up about her equation with the new couple of Bollywood, Kartik Aaryan and Sara Ali Khan

Ananya Panday recently wrapped up the shoot for Pati Patni Aur Woh in Lucknow. The actress was there since the past couple of months with the entire team and cast including Kartik Aaryan and Bhumi Pednekar. Sharing the moments from the wrap-up celebration on sets, Ananya Panday and Kartik Aaryan have had quite a blast shooting for the film. 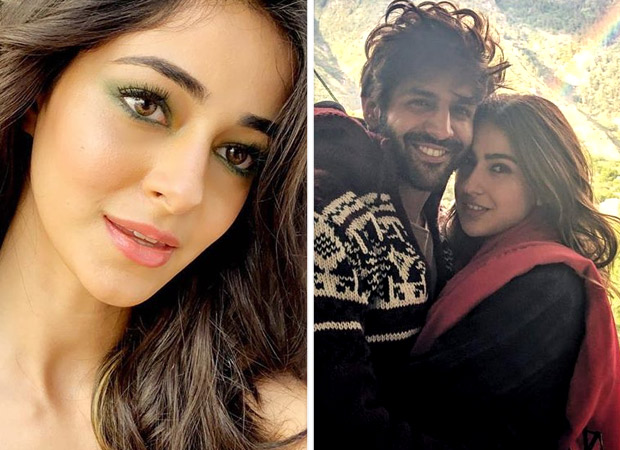 While the two wrapped the shoot for their first schedule, Ananya got in a candid conversation about Kartik Aaryan and Sara Ali Khan’s much-talked-about relationship. Kartik and Sara are going to star in Imtiaz Ali’s Aaj Kal and are apparently the new couple of the town. Ananya was asked about her equation with the two and she said that Kartik is one of her closest industry friends while she already knew Sara Ali Khan from school. Sara was Ananya’s senior and the two were in the same house and have worked in a few of school drama competitions.

Pati Patni Aur Woh is slated to release on December 6 with Mudassar Aziz as its director.