Not too long ago, Esha Deol teased her fans about her featuring in an upcoming project. While it has been a while since the actress featured on the big screen, in her recent post, she confirmed that she has indeed returned to films. Sharing details of her next on social media, Esha revealed that her upcoming film has been titled Main and it features Kai Po Che star Amit Sadh. 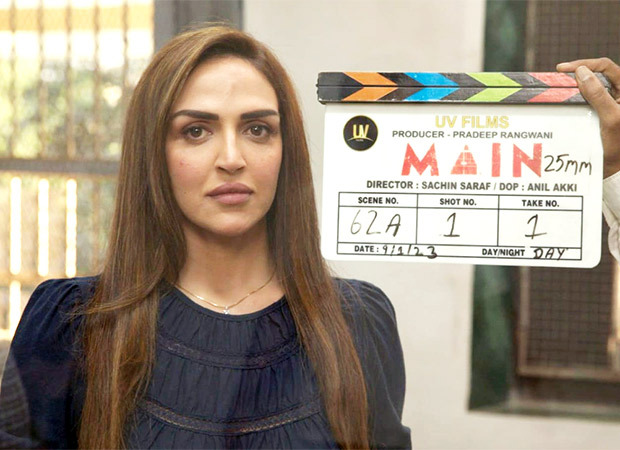 In her recent Instagram post, Esha Deol shared photos of her shooting for Main, which included one with a clapperboard and another one was her shooting for a scene in a prison with Amit Sadh, who is supposedly a prisoner in the film. The actress also posted details of the film, wherein she revealed that it will be directed by Sachin Saraf where it will be produced by UV Films. She also revealed that the film will feature Amit Sadh. She announced her new venture with a caption that read, “मैं aa rahi hoon phir ek baar ! Naya Kirdar Nayi Film Naya Ehsaas . Shower me and my new film “MAIN” with your blessings”.

Last week, the actress had teased her fans by talking about her hairstyle for her upcoming project in an Instagram post. She had posted a note saying, “My side parting days seem to make an entry again .Also am highly considering this hairstyle for my upcoming project . What say ? This has been my go to hairdo since I was 18 and all of you who closely watched my work in films must have noticed this hairstyle in almost every film back in the day . Now after a long time it seems to have made its way back on me.” However, she did not reveal any details about her new project.

On the work front, Esha Deol was last seen in the web series Rudra: The Edge of Darkness. The actress also has another web series in the pipeline, titled Invisible Woman.

Also Read: Amit Sadh commences the shoot for his next film Main, to essay the role of encounter specialist; see photos