EXCLUSIVE: Akshay Kumar-Nikkhil Advani’s next is a REMAKE of this successful Kannada film!

A few days back, Bollywood Hungama made the exclusive revelation that Akshay Kumar is all set to do an action-packed entertainer, directed by Lucknow Central director Ranjit Tiwari. It is produced by Akshay, Nikkhil Advani and Vashu Bhagnani and will be a grand film shot in international locations. 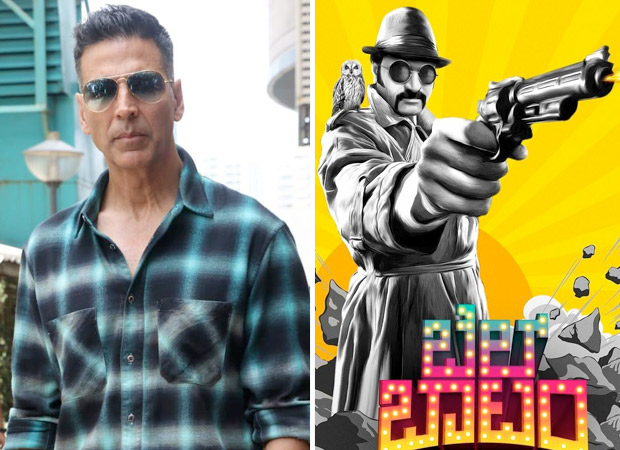 Now we bring to you yet another exciting as well as exclusive information about this much awaited flick. The film in question is a remake of a very successful and entertaining South film. A source says, “The Akshay Kumar starrer is an official adaption of a Kannada film, titled Bell Bottom. It released earlier this year and was directed by Jayathirtha with Rishab Shetty and Haripriya playing the lead roles. It was one of the biggest Kannada hits of 2019 and was loved for its entertainment quotient and for bringing the 80s era alive beautifully on screen. Nikkhil Advani saw the film and instantly decided to buy its remake rights as he saw immense potential in the film. He also decided to let Ranjit Tiwari handle it. Though his first film Lucknow Central failed, Nikkhil trusts his capabilities. And then Akshay came on board too. The scripting of the film is underway and is expected to be completed before the end of 2019.”

The source further adds, “Along with Akshay Kumar, Nikkhil Advani and Vashu Bhagnani, even Bhushan Kumar of T-Series is expected to come on board as producers. They are planning to name the remake as Bell Bottom as well but will take a final call in a while since they have few more titles in mind too.”

The original Bell Bottom film is set in the 80s and is about a police constable who gets a chance to fulfil his childhood dream of becoming a detective when a mysterious robbery takes place at the local police station. Interestingly, the Tamil remake of this flick is already underway and is being directed by Sathyasiva. A Telugu remake is also in the pipeline. Meanwhile, the producers of the original film are so thrilled with the response that they have already planned a sequel to the film. It will be called Bell Bottom 2 and is expected to go on floors in the beginning of 2020.

Also Read: Akshay Kumar gets injured during the shoot of Sooryavanshi