EXCLUSIVE: Karan Johar’s TAKHT to be shot in Italy, read details inside

Karan Johar's magnum opus Takht is undoubtedly one of the most touted films of 2020. It's been over a year since the project was announced, and fans are eagerly awaiting a development. Takht boasts of a truly ensemble cast consisting of actors such as Ranveer Singh, Anil Kapoor, Alia Bhatt, Vicky Kaushal, Kareena Kapoor Khan and Janhvi Kapoor.  Now, a little birdie has spilled some secrets about the film. 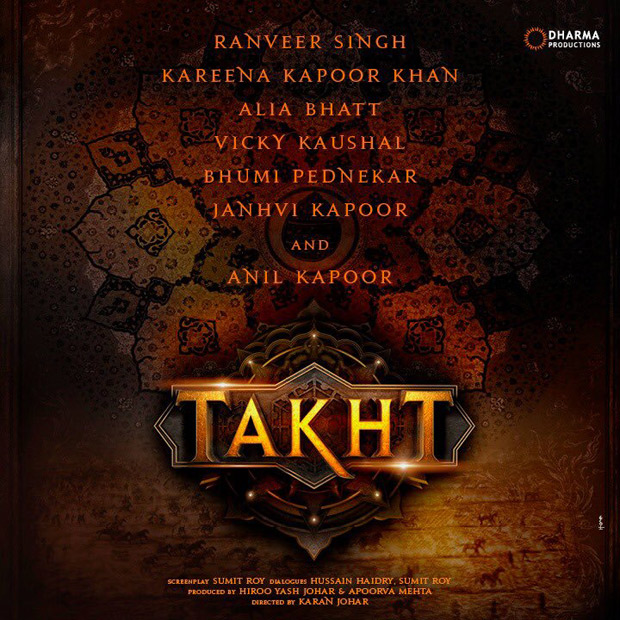 The filming of Takht begins in between the end of Febuary and the first week of March. Since the film is set in the Mughal era, the visuals will be one of the most crucial elements in conveying the true essence of the story, and KJo doesn't want to compromise there.

"The film will be extensively shot in Italy. The picturesque castles and old architecture of the country speak history, and KJo wants to capture the elegance. To make it further look like the Mughal era, he also plans to use VFX. They're planning to execute the shoot on a grand scale in Italy," a source close to the project informed us.

"The indoor shoots however will be done on grand sets in Mumbai", the source adds.

That only makes us more eager for Takht!

While no release date has been revealed yet, the film might hit the theatres by the end of 2020.