Actor Ayushmann Khurrana's film Dream Girl hit the theatres on Friday and has received positive reviews. While promoting the film, Ayushmann Khurrana and his co-star Nushrat Bharucha reached the sets of the reality television show Dance Deewane. The show is judged by Madhuri Dixit. 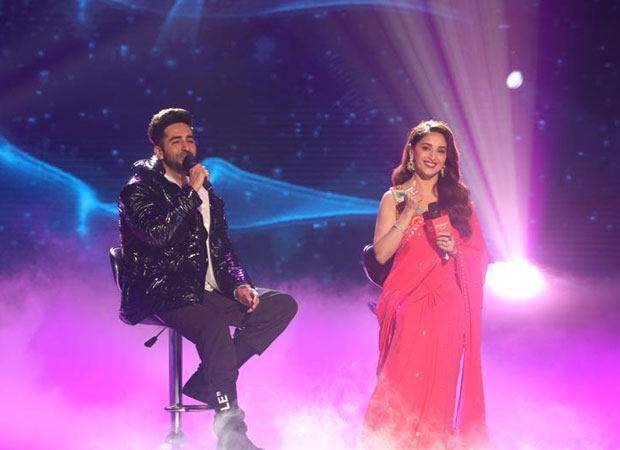 On the sets, Ayushmann made Madhuri Dixit sing a song for him. When Madhuri requested Ayushmann to sing for her and the audience, Ayushmann could not refuse. As he headed to the stage, he was greeted with a romantic setup and Madhuri was there to accompany him as his singing partner. The duo performed a medley of songs.

Directed by Raaj Shaandilyaa, Dream Girl is the story of a man who has the talent to speak in a feminine voice and therefore lands up a job in an adult call center. The film also stars Abhishek Banerjee and Annu Kapoor.