Sanjay Dutt and Rishi Kapoor to star in Pandit Galli Ka Ali; Sanjay signs Habib Faisal and Mudassar Aziz for his next productions

It seems like veteran actor Rishi Kapoor is all set to dive into movies after his hiatus. After starring in Mulk last year, the actor went to New York for the treatment of his cancer. The actor has returned to India after 11 months and 11 days on Tuesday morning. His last film Jhoota Kahin Ka did not fare well at the box office. But, he wants to begin work as soon as possible. It seems like the actor has already signed his next with Sanjay Dutt titled Pandit Galli Ka Ali. 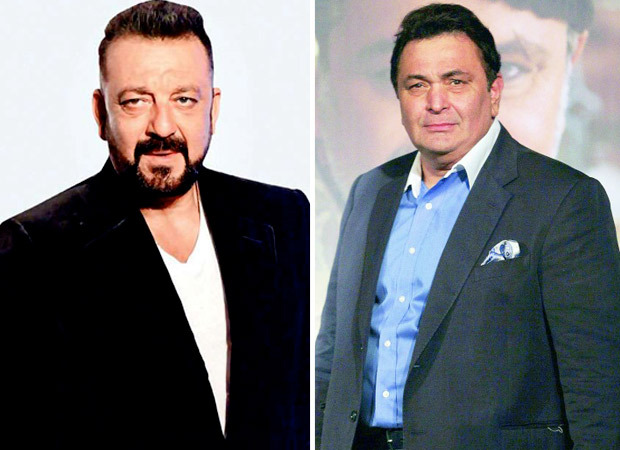 Sanjay Dutt, who is promoting his home production Prassthanam, recently revealed that his next will be with Chintu sir aka Rishi Kapoor with whom he has worked in several films. The film will be helmed by Sanjay Puran Singh Chauhan who won the Indira Gandhi Award for Best Debut Film of a Director at the 2009 National Film Award.

Sanjay Dutt and Rishi Kapoor have starred in films like Hathiyaar, Sahibaan, Agneepath among others.

Sanjay Dutt Productions has also signed Habib Faisal for slice of life film and Pati Patni Aur Woh director Mudassar Aziz as well. Sanjay Dutt’s wife Maanayata Dutt, who is co-producing Prassthanam, revealed that they will be producing a comedy titled Virgin Tree in which Sanjay will essay the role of Virgin baba. The film will be directed by ad filmmaker Siddhant. They will also produce a Punjabi comedy which rolls in January next year and will be shot in three schedules over 55 days.