The Sky Is Pink: Priyanka Chopra broke down after shooting an emotional scene, says Shonali Bose

The comeback film of Priyanka Chopra, The Sky Is Pink starring Farhan Akhtar, Zaira Wasim and Rohit Saraf, had its big premiere at the Toronto International Film Festival 2019 on September 13. This was director Shonali Bose’s third film to be screened at the prestigious TIFF after Amu and Margarita With A Straw. 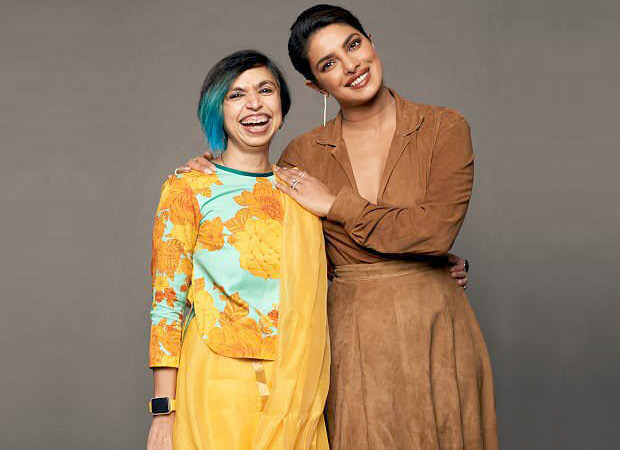 Recently, speaking about working with Priyanka Chopra on this emotional story, Shonali Bose revealed how the actress broke down on the sets of the film. Shonali had lost her eldest son Ishaan at a young age. Priyanka borrowed stories of Ishaan like calling Rohit Saraf's character Ishlu which was Shonali's son's nickname. Shonali revealed that Priyanka had observed that she used to call her son Ishlu and asked she could use that in one of the scenes. In another emotional scene, she completed broke down and could not stop crying and even said 'I am sorry' several times. She said that she understood about losing a child and she was sorry for Ishlu.

Shonali Bose revealed that everything was written and the script was gold for Farhan Akhtar and Priyanka Chopra. She had already asked them for rehearsal days and the workshops also helped. She developed an emotional bond with Priyanka, Farhan, Zaira Wasim, and Rohit Saraf.

At the premiere, the real parents of Aisha Chaudhary were also in attendance. Shonali Bose was delighted to have them at TIFF 2019. She said that she wasn't nervous to show them the film since they had seen the rough cuts. She had first shown them the death scene to see how they would react. Shonali said she was in editing room while Aisha's parents watched the cuts. They came out, hugged her and wept in her arms. They said that she had captured the scene exactly the way it happened. Shonali said that it is difficult to capture someone else’s memory about the loss of their child. She understood that because she also lost her son.

A young girl named Aisha Chaudhary was diagnosed with pulmonary fibrosis at the age of 13. She became a motivational speaker after her diagnosis. She even came out with a book, My Little Epiphanies. With a positive attitude, she spoke at prestigious events like TEDx, INK conferences. However, Aisha Chaudhary breathed her last at the age of 18 on 24 January 2015.

ALSO READ: The Sky Is Pink director Shonali Bose says losing her son and making peace with it is what drew her to the film