Vidyut Jammwal starrer Khuda Haafiz to get a sequel; to go on floors in 2021

The Vidyut Jammwal and Shivaleeka Oberoi starrer Khuda Haafiz was one of the seven films acquired by Disney+ Hotstar to release on their platform. The film that was released in August opened to positive reviews. Now, the makers have announced that the film  will be having a sequel. The second chapter takes the love story between the lead characters (essayed by Vidyut Jammwal and Shivaleeka Oberoi) in the antecedent forward. 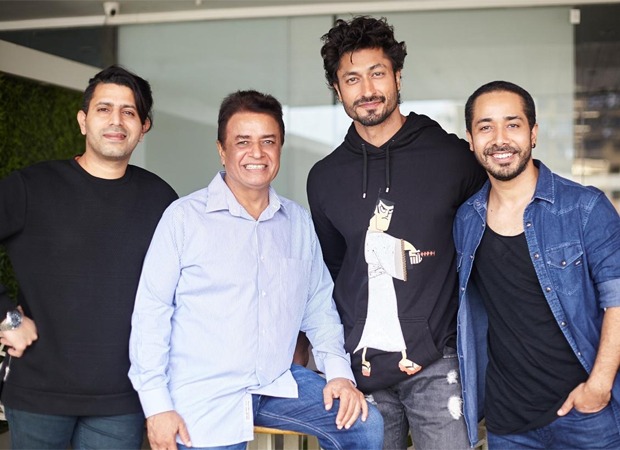 Vidyut Jammwal says, “Getting his (Sameer, lead character essayed by him) wife back is not the perfect ending. To adjust and successfully live in the society after the woman (Nargis, played by Shivaleeka Oberoi) has gone through this turmoil is the real beginning of the love story. That's what we're planning to showcase in the second chapter.”

Producer, Director of Panorama Studios, Abhishek Pathak says, “It is great to be one of the forerunners for canvassing and backing stories for the big screen. The response to Khuda Haafiz was phenomenal and I can only hope viewers will embrace its Chapter II. It will be full of surprises and we're determined to keep the audience on the edge of their seats in theatres this time around. We take pride in creating quality films that entertain viewers and also further the cause of cinema. Our sole endeavour is to seek fresh content and experiment with the tastes of the audience. We are excited to do so with Khuda Haafiz Chapter II.”

Director-Writer, Faruk Kabir says, "I always wanted to take the story forward, but I wanted to wait and see how the audience responds to the film. Khuda Haafiz Chapter II is a more potent and heartfelt love story about how the lead characters come to terms with what has happened to them. It's an Agni-Pariksha now for both of them and for me to match up to my own expectations as a storyteller and that of the audience that has given such an enormously positive response to Khuda Haafiz. I'm glad that Kumarji, Abhishek and Vidyut feel the same way about this journey we are about to undertake. This is not going to be a franchise film. It's the final lethal chapter. Expect bigger action for sure, but also a bigger heart, and on a bigger screen."

Produced by Kumar Mangat Pathak and Abhishek Pathak (Panorama Studios) and co-produced by Sanjeev Joshi and Aditya Chowksey, written and directed by Faruk Kabir and starring Vidyut Jammwal and Shivaleeka Oberoi, Khuda Haafiz Chapter II will be on floors in the first quarter of 2021.

ALSO READ: Vidyut Jammwal says that the film industry is a beautiful place to be and a few rotten apples cannot change that